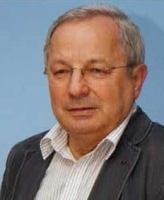 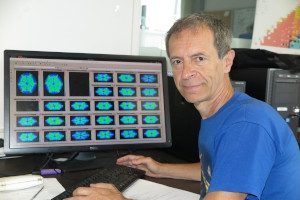 dr hab.Jerzy Grębosz – the associated professor at the Institute of Nuclear Physics of Polish Academy of Sciences in Cracow, Poland.
Author of many papers on nuclear physics studies and on C++ language. His bestselling books “Symphony in C++ Standard” and “Passion in C++” become official textbooks at many Polish universities. His recent book “Opus Magnum C++11” was awarded in the “The best computer science book of the year 2018” competition. He is very much involved in a popularization of science. Doing this in a very creative and unconventional way – by artistic shows (“The Spirit of Physics”, “The Newton’s Course”), by producing the popular science/educational films (awarded on many festivals), or by producing monographic science shows (“The Star Dust – the biggest show of the Universe”).
Recently in September 2019 he produced the spectacle “At the edge of two infinities” with a music (and performed) by a famous rock musician Józef Skrzek (SBB Group). The show was narrated by Jerzy Grębosz live and from the soundtrack of the cosmos describing physics film.
His passion is traveling and cultural anthropology. During his many travels to Oceania he joins everyday life of primitive tribes, follows their lives, eats what they eat, being naked if they are. All this gives him a chance to study their culture.